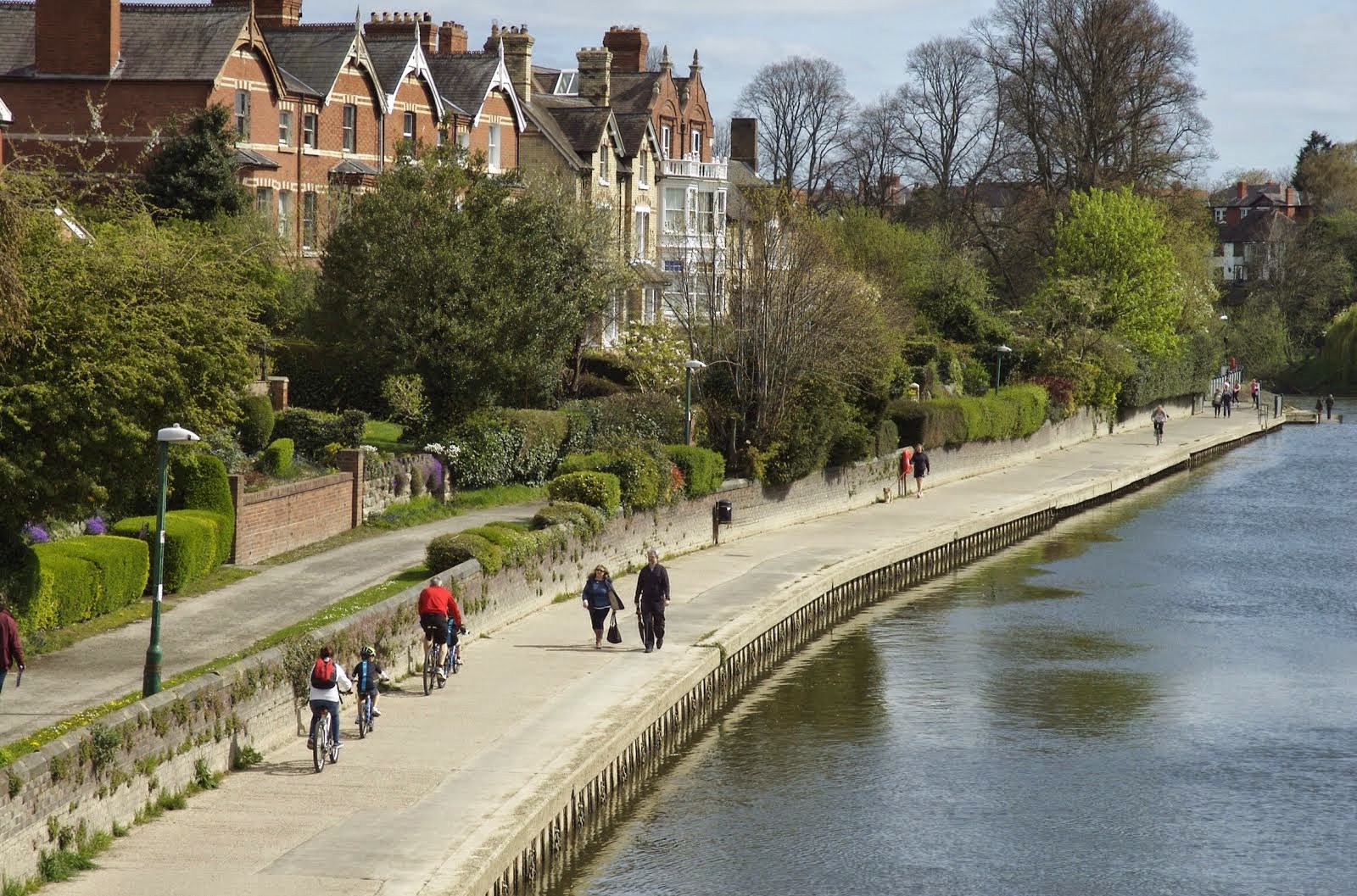 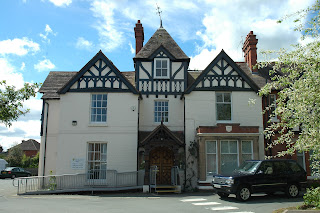 There’s this scene in the movie, Father of the Bride.
Steve Martin suddenly discovers that the guy who has just bought his old house from him is in fact a property developer and intends to bulldoze the place to make way for more profitable apartments.
Next thing we know, our apoplectic hero is stood between his beloved family home and a wrecking ball, determined to save from destruction the house he has loved for 30 years but which he has reluctantly had to sell. He knows then that that  old collection of bricks and mortar actually means something. It’s not just a house. It’s more than that.
Now, I know this is only a romantic comedy, but right now I feel like following in the footsteps of Steve Martin and placing myself (if it should come to this) between the demolition crews and a beautiful Victorian mansion in a peaceful Shrewsbury suburb.
Only last year, Besford House, built originally as a private residence in 1893, was on the market as “a nine-bedroom detached house with a guide price of £950,000”. But it did not sell and now there is a plan on the table to demolish the grand old girl to make way for new housing.
Now, I really hate this kind of situation. It upsets me. It gives me indigestion.
The current proposal is in fact a scaled down scheme which would see the building of 16 new homes on the site. Unbelievably, the original plan was for 22 properties but this was cut back by the applicant to a supposedly more acceptable number  after (surprise, surprise) concerns about “overdevelopment”.
Anyone who knows this area will appreciate that these narrow streets were never meant for motor cars. So of course there are objections a’plenty being made in respect of potential traffic congestion. It goes without saying. But many local residents are also incensed that the destruction of a fine Victorian house can even be considered – especially in a conservation area.
“We shape our buildings,” said Winston Churchill. “Thereafter our buildings shape us.”
I would say we are greatly enriched by beautiful and historic buildings and that we should not tear them down without very good reason – very good reason indeed.
Smashed
A neighbouring county town – just 35 miles to the east of Shrewsbury – suffered more than most from this kind of corporate vandalism in the fifties, sixties and seventies.  Stafford, not as big, not as bold, not as beautiful as Shrewsbury, would nevertheless have been a heck of a lot prettier today (and have a great deal more tourism potential) had it not been for the triumph of the bulldozers and the pickaxe politicians. Take a look at photographs of Stafford prior to 1955 and see the gems smashed aside to make way for red-brick shoeboxes.
I can only think that back then, before words like conservation and preservation came into common parlance, councils were only too happy to sweep away the old, to wield the sledgehammer in favour of “a more modern look” for our towns.
And, yes, of course, Shrewsbury suffered too. No question about that. But, thankfully, we faired better than most.
Right across the country, and in just a few short decades since they sprang up, so many of these inelegant buildings of the fifties and sixties are now seen as eyesores – very often nowadays unwanted and unloved, mostly artless and heartless and now riddled with concrete cancer.
I’m not saying the proposed new housing for Trinity Street would end up that way, but what I am saying is that it would be a crying shame to lose Besford House as a means to an end. And it will be too late to do anything once it is flattened.
In recent years Besford House has been run by the council as a family resource centre and, if it cannot be sold as a private home, you would have thought it would make a nursing home or a small hotel. There has to be a future for this building.
Shropshire Councillor Mansel Williams told me: “The Besfor d House application has been put back a while, as there is a problem with the tree protection zones, which the development has fallen foul of. It’s possible that the application will be amended and will again need to be consulted upon, so there’s still time to submit an objection.
“Will it get permission? Maybe, but even if it’s refused, they will come back with another application; developers hate an open space, to them land means profit. For us, we must try to retain Besford at all costs, the rest of the site will almost certainly be developed at some point in time, as the council wants the capital receipt and the developer his profit.”
Shropshire Council planners aim to make a decision on this matter in July. But if Besford House goes it will be a loss to the beautiful Victorian suburb of Belle Vue, and it will be a loss to Shrewsbury.
Please don’t make me have to stand in front of a wrecking ball.
Posted by Phil Gillam at 13:24 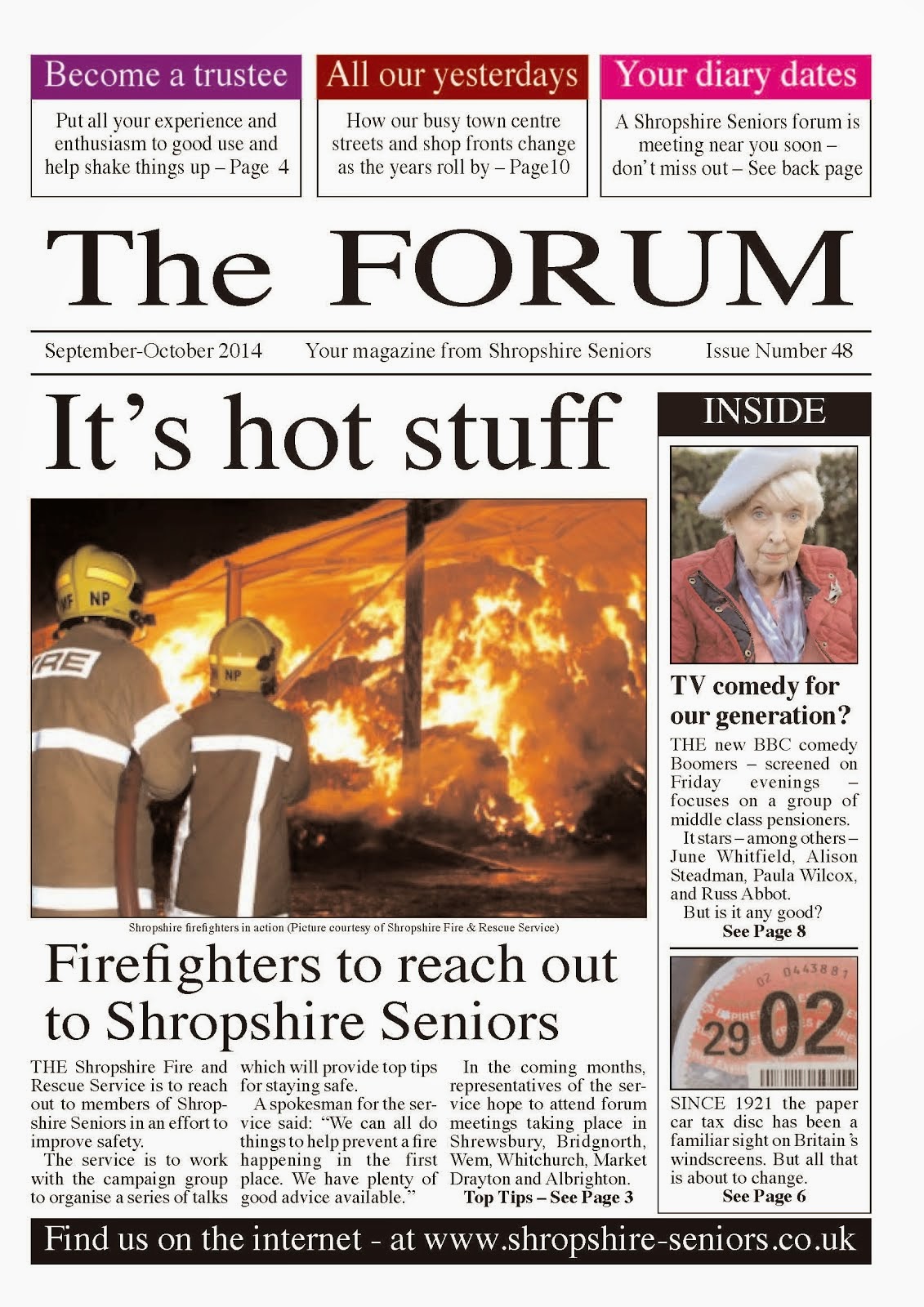 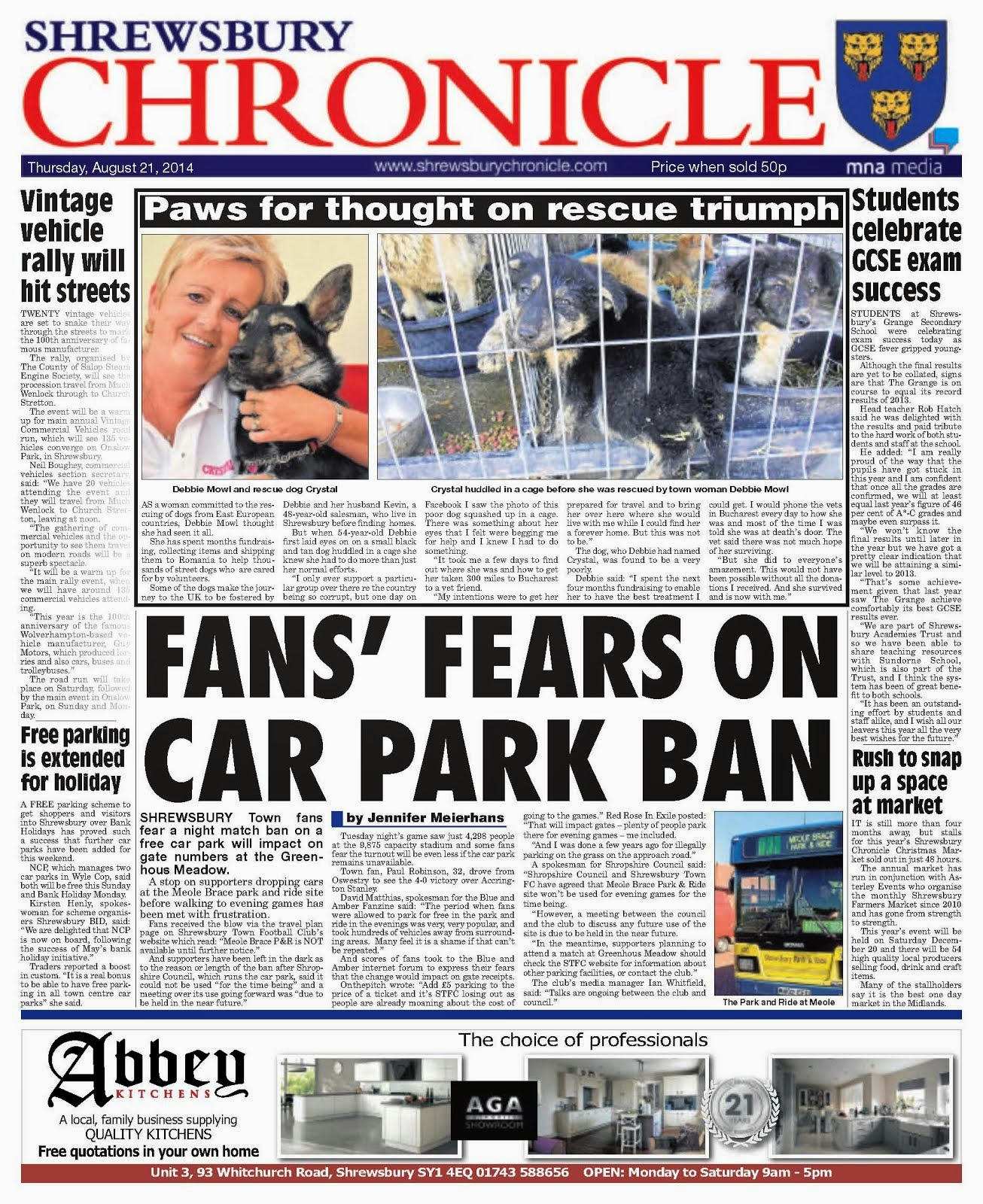 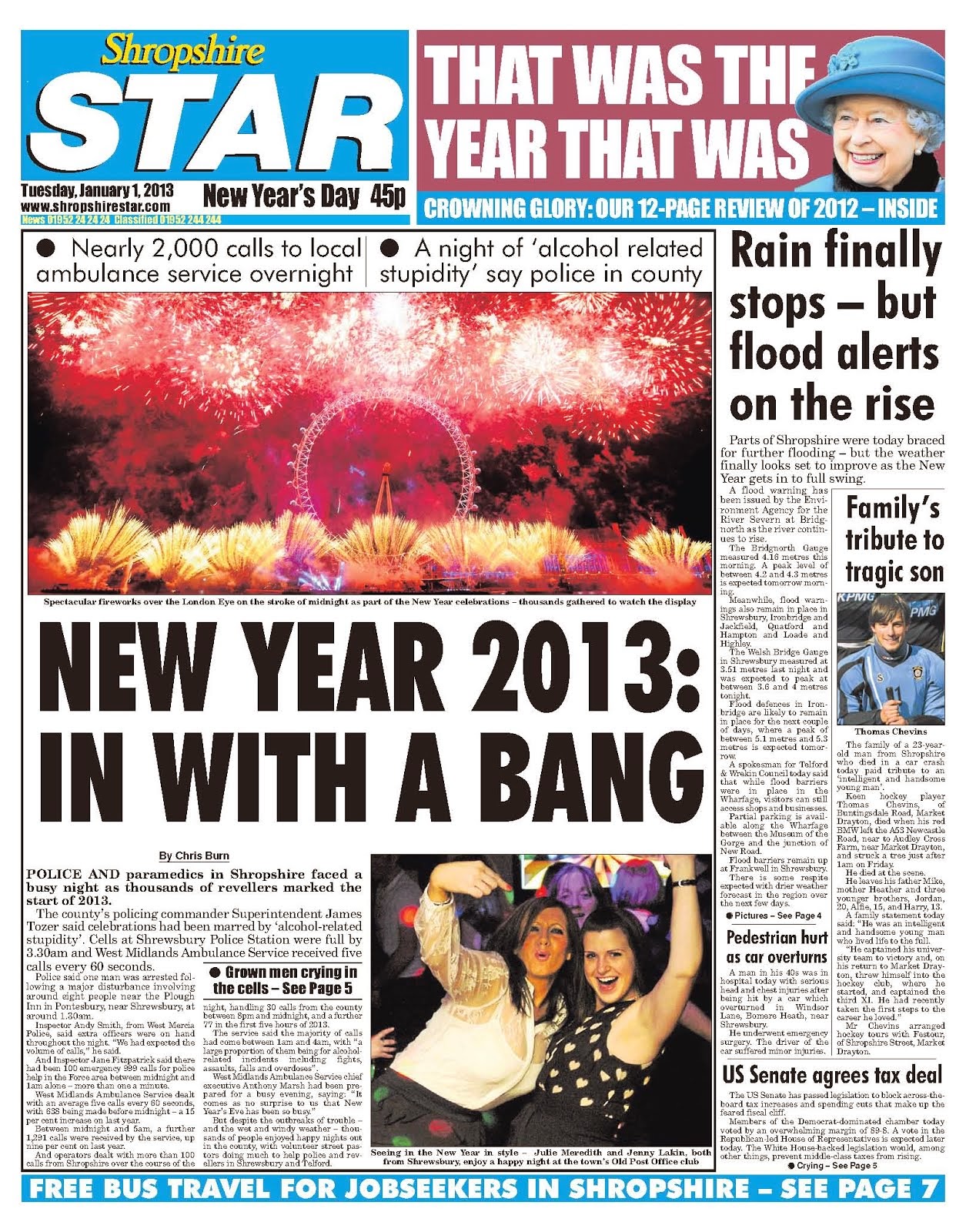 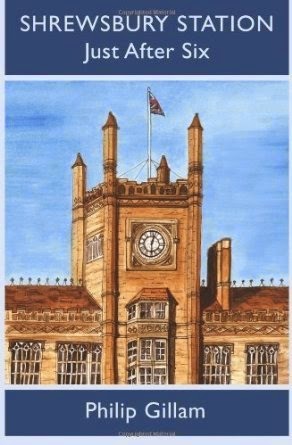 A novel of family life set in the beautiful town of Shrewsbury. 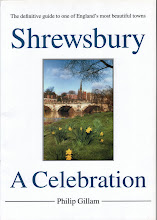 Shrewsbury: Pictures From The Past 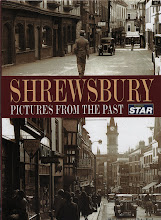 Telford: Pictures From The Past 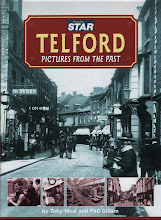 Shropshire: Pictures From The Past 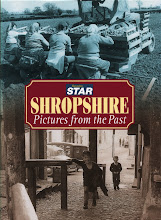 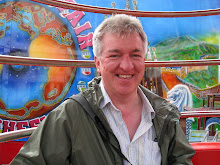 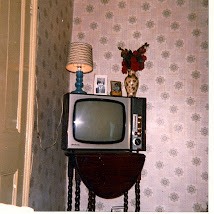 Our television at 73 North Street